Growing up, many of us dreamed of being Princess Ariel, Jasmine, or Belle in Beauty and the beast. Disney started imprinting these ideas way early in my youth too. Funny enough, I used to swim in the pool and dream of Prince Eric coming to save me. Now I date a real man named Eric! 😉 I grew up and yet that princess mentality stayed with me for a while.

Lately the Queen archetype has been resonating deeply as I am moving through my own shifts around embodying my highest self. I am going on a retreat next month in San Diego and we are all bringing costumes that stretches us and liberates a new aspect of ourselves. My costume? A crown and a beautiful purple dress. Own that Queen, honey!! Stay tuned to see pictures. 😉

Learning to be the Queen of my life has been hard work. I’ve had to let go of reactivity and victimhood, start to own my power more, stop complaining, and take radical ownership of my life.

When we get real with ourselves, I think all of us can see our princess energy and how it holds us back.

The point isn’t to silently berate yourself, but to slowly bring yourself back to putting back on that crown, over and over again.

What is the difference between a Princess and a Queen? Let’s dive in. 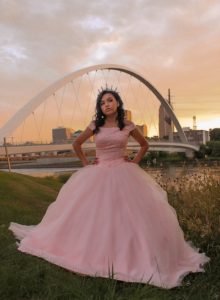 Victim mentality. Everything happens TO her and she doesn’t take responsibility for her actions. When something goes wrong in her life, she blame others or external circumstances.

Distortion of reality. The damsel in distress wants Prince Charming to come along and sweep her off her feet. She wants to be rescued — from her finances, health, career, and the world.

Constant validation. Nothing makes a Princess smile more than others telling her how amazing she is. She needs her husband to tell her that she’s beautiful, her family to put her on a pedestal and her friends to celebrate her every move.

It’s all about me. She’s not concerned with how her actions affect others. For a princess, the world revolves around her.

There’s Not Enough. The Princess lives with a constant fear of lack and scarcity. She sees life through competition and comparison. Her deepest insecurity is not being good enough – Is she more successful/smarter/better than me?

Lacks Appreciation and Gratitude.  The Princess can appear spoiled, because she tends to focus on what she doesn’t have versus all that she’s been blessed with.

Fear of looking bad.  She will avoid looking bad, because that would mean she isn’t perfect.  Her fixed mindset holds her back on so many levels.  She doesn’t take risks.  She avoids any situation that could expand her growth and might involve failure. 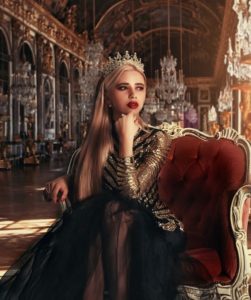 Powerful Creator. Queen energy proclaims that you are in charge of your life, and that your main role is to master yourself and create from a place of power instead of fear.

Self-awareness. Unlike the Princess, who’s always looking outside of herself, the Queen looks within and knows who she is and what she values. These are the building blocks to her world.

How may I serve? The Queen understands that a life built on service and offering value is the key to a joyful life. She doesn’t live in lack and therefore she’s not catty or competitive. She thrives on win-win situations.

Doesn’t need your permission. A Queen doesn’t ask others if it’s okay. She doesn’t wait for the green light. She grants herself the permission to do what she wants.

Elegance. A Queen knows that true elegance starts from within. It’s not about external accolades, degrees, arm candy, or status. It’s about how she feels internally and that feeling radiates as powerful and humble.

Sets Healthy Boundaries.  A Queen manages her energy wisely and sets healthy boundaries. While she loves others, she knows she needs her own space and cannot be everything to everyone.

Blessed AND wants to create more.  The Queen adores her life and all that she has, but she also loves the act of creating.  She has desires, and she’s not ashamed of them.  She knows that she is a powerful creator and can generate more.

Failure is part of the process.  A Queen knows that creating a beautiful life requires risks and failure.  However, because she doesn’t let that fear stop her, she reaps beautiful rewards.  Plus, she doesn’t see it as a failure until she stops trying, and a Queen never stops trying.

Doesn’t need you to like her.  Throughout history, Queens have been subjected to ridicule because of their beliefs (good or bad).   When you stand for something, not everyone will agree.  And, that’s okay if you’re a Queen.

So, which are you?  I bet, if you’re like me, you have both energies.  The question then becomes:  Which is leading your life?

Give that inner princess a hug, but let her know she’s no longer running the show.

A Queen also commits to more love, less fear.  The result?  Life loves her back.

Snag my free guide, The 5 Key Shifts to Instant Energy & Confidence here to accelerate your path to transformation!